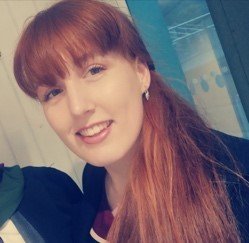 Originally from Lincolnshire, I have been in at the University of Sheffield for four years completing my BSc in Biomedical Science and now my Masters in Molecule Medicine. I am currently undergoing a six months project in Dr Ian Sudbery’s lab as part of my Masters entitled “Understanding the regulatory potential of alternative splicing in 3’UTRs of cancer cell lines” under the supervision of Cristina Alexandru.

Understanding the regulatory potential of alternative splicing in 3’UTRs of cancer cell lines- Alternative splicing (AS) permits a gene to encode different proteins, but also influences gene expression and regulation. While the majority of human introns occur within coding regions, many also reside in untranslated regions (UTRs), with 6-16% of 3’ UTRs harbouring them. 3’ UTR introns (3UIs) are usually seen as signatures of nonsense mediated decay (NMD) and ignored. However, such splicing events may remove binding sites of regulatory factors such as miRNAs (MREs) and RNA-binding proteins (RBPs) or regulate transcript levels by modulation of NMD and could thus represent a novel mechanism of regulation. Large collections of human RNAseq data make it possible to investigate the occurrence of 3UIs computationally. On-going projects are studying this in primary cancer and normal tissues where we have identified a large number of examples. My project focuses on a large cell line dataset (CCLE) for drawing a more in-depth comparison between different cell types/tissues. We hypothesize that alternatively spliced introns in 3’UTRs of genes in cancer cell lines differ between tissues and are expressed at considerable levels.