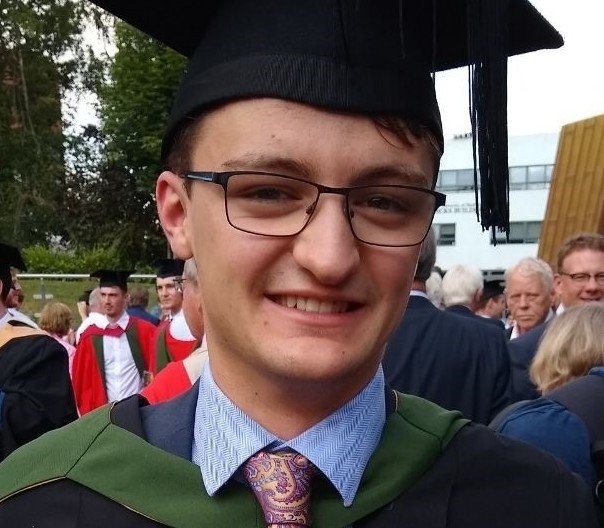 I’m a former MBiolSci student of Sudlab, now studying a PhD in Neuroscience at the Institute of Neuroscience at UCL. Away from science, I’m a big sports fan and you’ll most likely catch me spending my free time running around like a headless chicken on a football pitch or tennis court. I also like to discover new music and will definitely be taking advantage of the gig scene in London!

As an MBiolSci student in Sudlab, my project focused on computationally identifying transcripts with 3’UTR introns in RNA-seq data from the Cancer Cell Line Encyclopaedia (CCLE) project.  The project was my first foray into using RNA-seq data and really solidified my interest in using computational approaches to understand how changes to non-coding regions of transcripts can serve to regulate gene expression and function.

In 2019 I started a PhD project at Institute of Neurology at UCL under the joint supervision of Dr Pietro Fratta and Dr Maria Secrier (UCL Genetics Institute). My current PhD project focuses on using RNA-seq data to investigate defects in RNA processing in amyotrophic lateral sclerosis (ALS), with a focus on alternative cleavage and polyadenylation (APA). ALS is a devastating neurodegenerative disease characterised by progressive loss of function, and eventually death, of motor neurons. Most ALS cases display nuclear depletion and cytoplasmic aggregation of the RNA-binding protein TDP-43 in affected motor neurons, and rare inherited ALS cases display endogenous mutations in TARDBP (gene encoding TDP-43).

Alterations to the localisation and function of other RNA-binding proteins, including FUS, have been identified, implicating defective RNA metabolism as a key pathogenic mechanism in ALS. My project aims to explore whether changes to alternative polyadenylation patterns can be identified in RNA-seq data from ALS TDP-43 disease models. Since poly(A) site choice affects 3’UTR content, and 3’UTRs host regulatory motifs bound by miRNAs or RNA-binding proteins, APA has the potential to pathogenically alter transcript stability, localisation and/or translation.